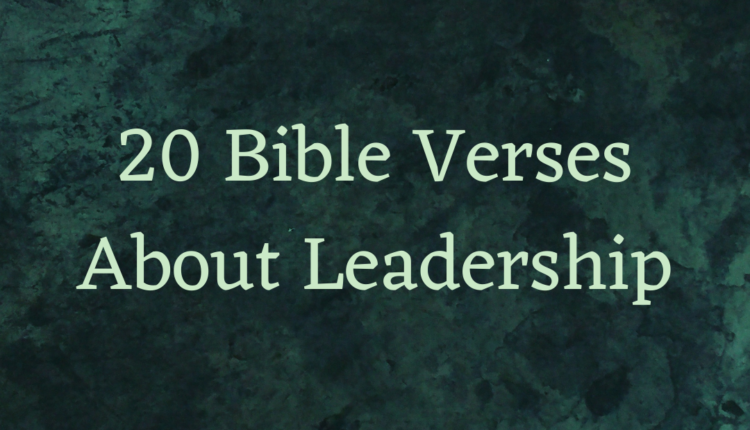 Today we will be dealing with 20 bible verses about Leadership

Who is a leader?

A leader is a person given the authority to lead or command a group or organization, company, country, head a church or fellowship activities and so on. Leaders are necessary in order to bring orderliness to a place and also have someone who will direct and lead his followers well and right.

As a leader in a Christian setting it’s appropriate to follow the footsteps of Jesus, He led His disciples well without giving preferential treatment that might cause disputes among His followers. A leader should be faithful, diligent,honest and most importantly stay true and honest to his words. Some of the qualities of a good leader are accountability and transparency, not discriminating due to his followers religion or tribe.

As Jesus said a leader should lead by examples so that people can talk about Him when He leaves the position as a good person and he will be greatly rewarded by God. Twenty bible verses that explains what leadership means and how a leader should go about doing his activities have been collected for us to read In today’s topic.