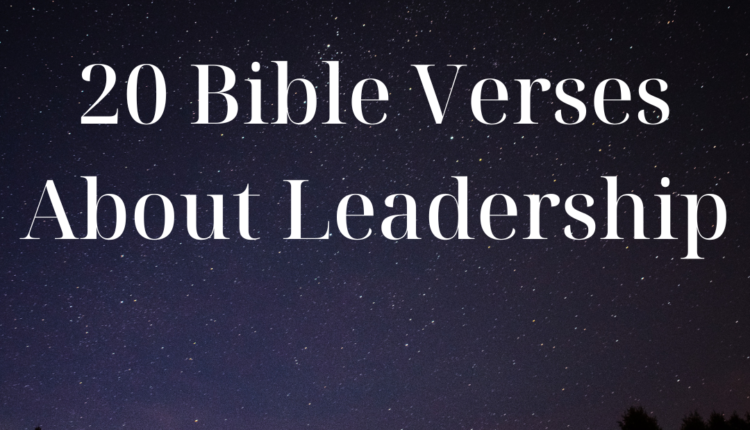 Today we will be dealing with 20 bible verses about Leadership.

A leader heads an organization, gathering, group and so on. As a leader there are many responsibilities you must do. As a Christian, a leader must possess many good features that will make him worthy to be called a leader. A leader must follow Jesus footsteps as Jesus already gave us an example of how we can lead a group of people that has been placed under our care.

A leader must show good attributes. A leader must be able to win his disciples souls and heart for Christ and help in the movement of kingdom advancement. It is said that what is worth doing is worth doing well, whatever position God place us we have to do well and get our reward from God. A leader must be humble,nice, caring, patient to mention a few. Twenty bible verses have been collected on the features of a good leader.